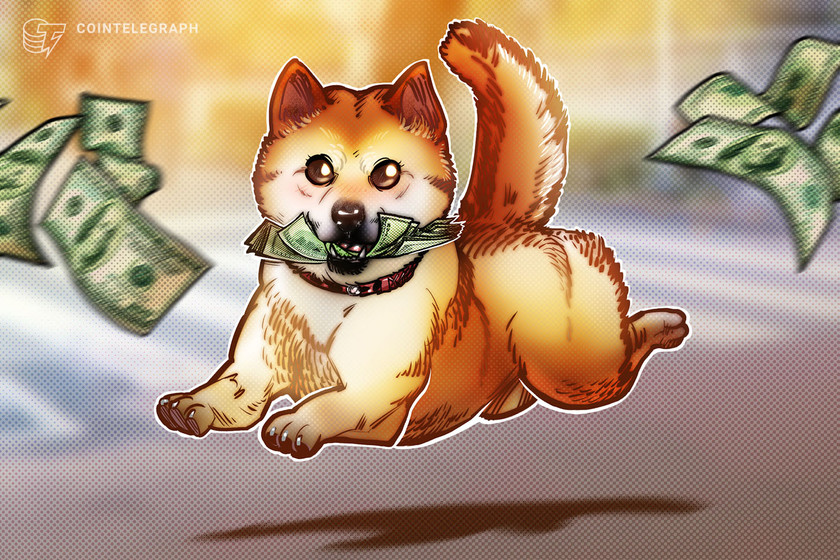 A Shiba Inu token holder who invested thousands of dollars in the memecoin in February has partially cashed out to become a stay-at-home dad.

According to a Nov. 4 report from Fortune, a 35-year-old supermarket warehouse manager identified only as Rob invested $8,000 into Shiba Inu (SHIB) when the price was roughly $0.0000001 — giving him an allocation of 800 billion tokens. In May, when the token price surged significantly to reach a then all-time high of more than $0.00035, Rob cashed out part of his holdings to deposit $500,000 into his bank account.

The SHIB holder still has more than $1 million worth of crypto following the token’s price surge in October. The funds have allowed him to quit his job which paid $68,000 annually, stay at home taking care of his son, and participate in online discussions about projects related to SHIB. He plans to HODL his remaining tokens.

“We believe so strongly that there is more to achieve with Shiba,” said Rob. “I will never take out our entire portfolio.”

The former warehouse manager is part of a new generation of crypto users achieving millionaire and even billionaire status in much the same way many Bitcoin (BTC) HODLers did following the 2017 bull run. At the time of publication, the price of SHIB is $0.000058, having gained more than 5,799,999,900% since October 2020.

Some token holders who made similar purchases to Rob when the project was listed last August are now billionaires and new whales in the crypto space. However, if holders were to liquidate such a large number of tokens in future could potentially cause the SHIB price to plunge as it did in May.

Related: Shiba Inu now accepted as payment at a French bistro in Paris

The SHIB token is currently ranked as the 11th largest cryptocurrency by market capitalization according to CoinMarketCap, with Dogecoin (DOGE) sitting at 9th. At the time of publication, the market cap of SHIB is roughly $32.6 billion with more than 549 trillion tokens in circulation.