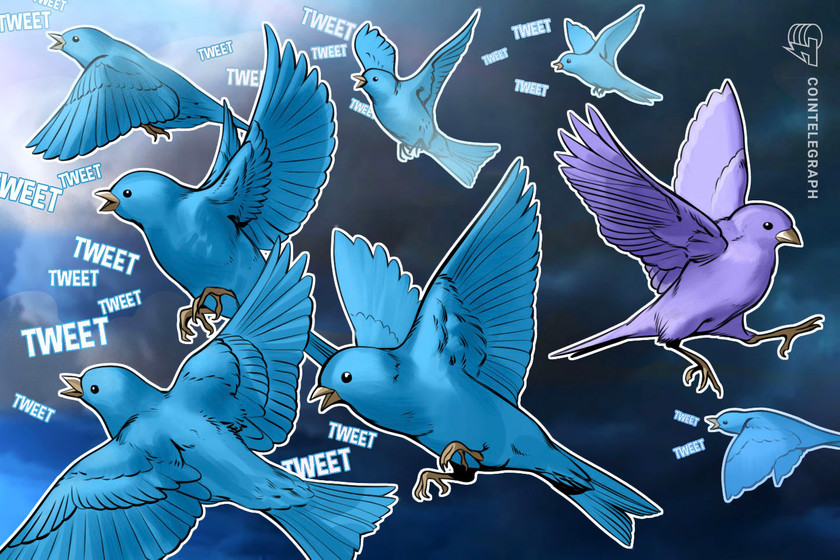 After years of evading U.S. taxes and authorities, a Spanish court had ordered McAfee’s extradition just hours before he was found dead, with the 75-year-old expected to face a life sentence in the United States should he have been extradited.

Former National Security Agency (NSA) employee and whistleblower, Edward Snowden, criticized the global reach of U.S. enforcement and warned that McAfee’s untimely end may not be the only one as “Julian Assange’s story could end much the same.” He tweeted:

“Europe should not extradite those accused of non-violent crimes to a court system so unfair — and a prison system so cruel — that native-born defendants would rather die than become subject to it.”

Cardano founder, Charles Hoskinson, praised McAfee’s contributions to computer science, describing him as “one of the most enigmatic and interesting people in the cryptocurrency space and the history of computing.” “He was also a deeply troubled person,” added Hoskinson, noting McAfee’s well-documented personal traumas and substance abuse issues.

“The reason for the suicide seems self-evident — McAfee was 75 years old, and the extradition ot the US was approved, he was looking at over 30 years in jail, if convicted, and likely would have been […] it seem that he decided to choose ending his life there in a Spanish prison rather than a U.S. prison.”

Bitcoin influencer and podcaster Anthony Pompliano remembered McAfee as “kind, funny, and incredibly intelligent,” sharing an image of himself alongside the anti-virus pioneer and his wife Janice Dyson, wielding heavy munitions from the house boat the pair had used to evade authorities for years.

I once had the opportunity to spend the day with the legend @officialmcafee on his boat in the Bahamas.

He was kind, funny, and incredibly intelligent.

Will always remember that day. RIP to one of the world’s most unique individuals. pic.twitter.com/B5FnvDBRYK

Kim Dotcom, an internet entrepreneur who is fighting his own extradition charges from New Zealand over his file-sharing network, Megaupload, lamented McAfee’s drug abuse taking away from his potential, stating:

“A pioneer in data security. I always thought he partied too hard, should have avoided the drugs and focus on using his brilliant mind for good. When he had a sober mind it was all about freedom.”

Despite McAfee’s own legal representatives in Spain, informing Reuters that McAfee had hanged himself rather than face life in prison, the internet is predictably ablaze with conspiracy theories asserting McAfee had not died at his own hand.

The flames were fanned shortly after his death was reported, when McAfee’s official Instragram account shared an image of the letter “Q,” igniting excitement among QAnon conspiracy theorists. Business Insider reported that QAnon influencers on Telegram with “hundreds of thousands of followers” were sharing posts doubting the suicide story.

McAfee’s own Tweets have been reposted endlessly today, including one from December 2019 claiming the government was threatening to assassinate him and to not believe any version of events where he committed suicide. However, the tweet was promoting his “WHAKD” crypto token, which referenced the death of Jeffrey Epstein, and linked to a site where the token could be purchased.

Getting subtle messages from U.S. officials saying, in effect: “We’re coming for you McAfee! We’re going to kill yourself”. I got a tattoo today just in case. If I suicide myself, I didn’t. I was whackd. Check my right arm.$WHACKD available only on https://t.co/HdSEYi9krq🙂 pic.twitter.com/rJ0Vi2Hpjj

Other conspiracy theorists zeroed in on a post from June 2019 where he claimed to have a “31+ terabyte” trove of data with evidence of government corruption that he claimed incriminated “a CIA agent” and “two Bahamian officials” that he would release if he were ever arrested. However McAfee was arrested in October 2020 and no such evidence trove has been released.

Every eccentric millionaire beefing with governments claims they have proof of corruption and that everything will be made public should tragedy befall them.

Tragedy eventually befalls them, but the dead man’s switch never triggers and the proof is never delivered.

It’s worth bearing in mind McAfee was no stranger to making bold and outlandish claims, including promising he would devour his own phallus on national television should the price of Bitcoin fail to exceed $1 million by 2021, that he had performed sexual intercourse with a whale, and that he had synthesized a new narcotic compound in Belize.

McAfee’s Tweets from prison had also taken on an increasingly sombre tone in recent weeks. In May, he revealed he had discussed suicide with a fellow inmate.

Today a man facing a difficult situation asked if I knew of painless ways to kill himself. Having little experience in such, I was of not much help.

The amazing thing is that the tone of the discussion was like discussing the weather.

Prison is a strange environment.

He also spoke of being “an old man lost in a near infinite Twitter verse — like tears in rain” and admitting to “having a down day.”

McAfee’s Spanish lawyer, Javier Villalba, told Reuters he believed that McAfee simply could not tolerate being locked up:

“This is the result of a cruel system that had no reason to keep this man in jail for so long.”