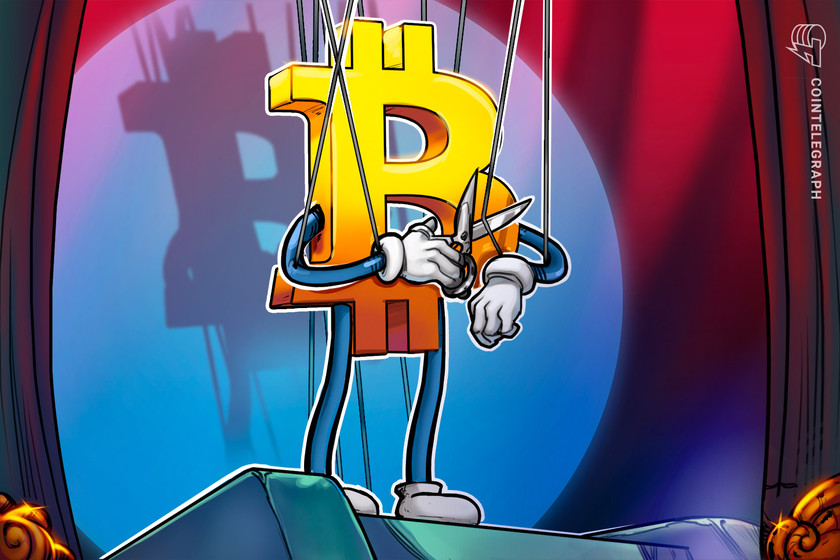 Magda Wierzycka, one of the richest women in South Africa and CEO of financial services company Sygnia, said Tesla CEO Elon Musk would likely have been investigated by authorities regarding recent allegations over his manipulation of crypto prices — if his target had been almost anything other than Bitcoin.

In an interview with Bruce Whitfield at the Money Show this week, Wierzycka said Musk’s recent social media activity on the price of Bitcoin (BTC) should have made him the subject of investigation by the U.S. Securities and Exchange Commission, or SEC, if Bitcoin were more of a traditional company. The SEC previously accused the Tesla CEO of fraud for issuing false and misleading tweets in 2018, and was rumored to be investigating him for his pro-Dogecoin (DOGE) tweets earlier this year.

“The [Bitcoin] volatility we have seen is an unexpected function of what I would call market manipulation by Elon Musk,” said Wierzycka. “If that happens to a listed company, he would be investigated and severely sanctioned by [the] SEC.”

According to Sygnia CEO, Musk knowingly pumped up the price of Bitcoin (BTC) by writing tweets including those mentioning Tesla’s $1.5 billion BTC purchase, then “sold a big part of his exposure at the peak.” Musk’s public statements on Bitcoin as well as him reversing Tesla’s position on accepting the cryptocurrency as a form of payment constitutes price manipulation.

Many have criticized Musk for allegedly manipulating the price of Bitcoin and other cryptocurrencies like DOGE through his Twitter posts and public appearance on Saturday Night Live — the Tesla CEO appeared as a character named “The Dogefather” and referred to the token as “a hustle.” Last week, he also mentioned the project CumRocket (CUMMIES) in a series of tweets that likely pushed the price of the token 366%, from $0.06 to $0.28.

Though many crypto traders have made gains investing in some of the projects Musk pumps, the allegations over the price manipulation of Bitcoin — with the largest market capitalization of all cryptocurrencies — are particularly concerning for some. The price of the crypto asset has fallen more than 43% since reaching an all-time high of $64,899 in April, and is $36,870 at the time of publication. However, the Bitcoin price dipped as low as $30,000 last month.

“What we have seen with Bitcoin is price manipulation by one very powerful and influential individual,” said Wierzycka.