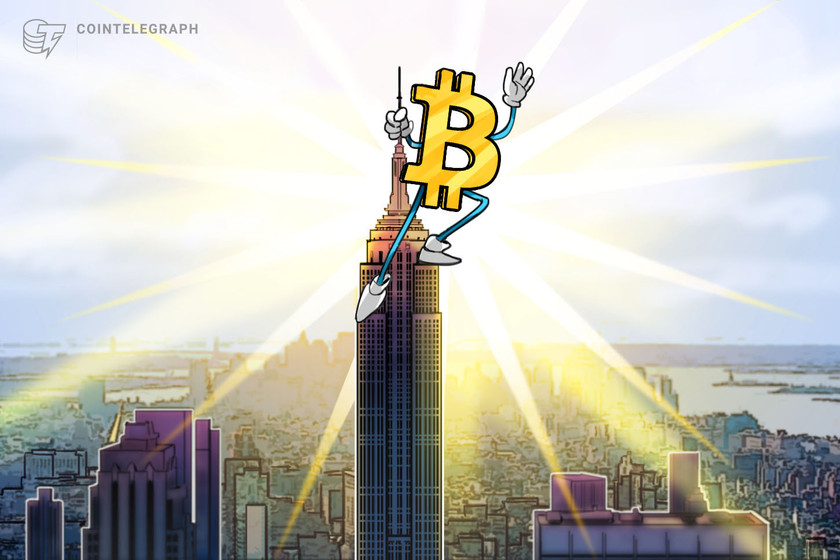 Within the same month, talk of the United States’ budding capital of crypto has seemingly shifted its center from Miami to New York City.  June opened with feverish excitement about the largest Bitcoin event in history being hosted in Miami and the city’s mayor, Francis Suarez, has taken a series of steps to strengthen his bid to make Miami the top spot for crypto not just nationally, but globally.

Yet with U.S. pundits now focused on New York City’s mayoral race, the current front runner for the Democratic nominee, Eric Adams, has — at least momentarily — stolen the limelight from Suarez and his plans. On election night on Tuesday, soon after voting had closed for the primaries, Adams pledged:

In a city known for its overwhelmingly Democrat-leaning voting record, successful candidacy as Democratic nominee is viewed by most commentators as a surefire route to becoming the city’s actual mayor once elections are held in November later this year.

Adams’ front runner status, moreover, was cemented soon after another candidate, himself a staunch crypto advocate, Andrew Yang, had conceded defeat after the first vote count results indicated his rival was well in the lead. Within hours, Adams had seemingly taken the words out of Yang’s mouth — literally.

As mayor of NYC – the world’s financial capital – I would invest in making the city a hub for BTC and other cryptocurrencies.

Adams is a former police officer and was a self-described “conservative Republican” early in his political career. He has successfully tapped big donor funds, positioned himself as tough on crime and aligned himself with the real estate industry, all the while appealing to local unions, parties and churches by pitching his fidelity to “values instilled in him by his single mother when he struggled with hunger and homelessness as a young man.”

While progressives have unsurprisingly been highly critical of Adams, his strategy also had the effect of ensuring that Yang continued to tack right. Yang’s recent political history has been intense, including a rumored shortlisting for the role of commerce secretary in Joe Biden’s cabinet and a high-profile presidential campaign, neither of which ended up positively for his crypto community fans. With Yang now out of the mayoral contest, what may have seemed a blow to the industry may just as quickly have turned out to be a hopeful opportunity.