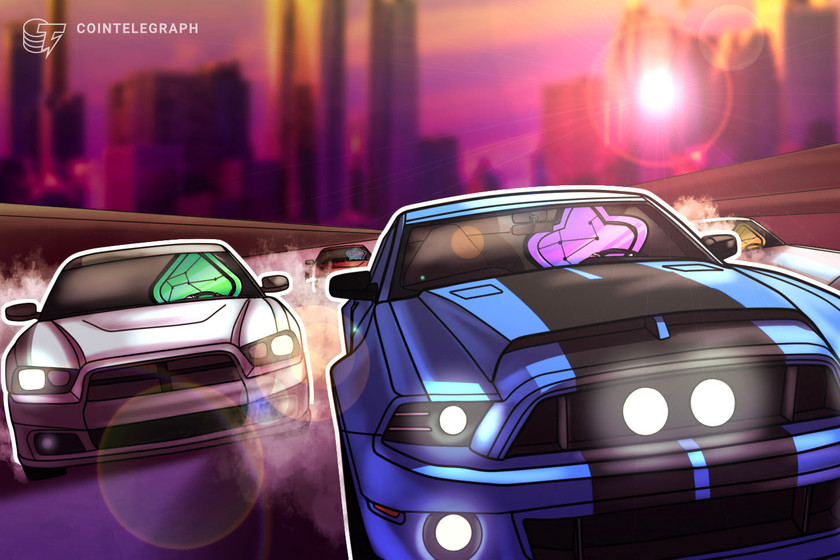 In this week’s newsletter, read about Binance’s partnership with the most-followed TikToker Khaby Lame. Check out how Vincenzo Sospiri Racing will use NFTs to authenticate car parts and how NFTs will gradually appear on Facebook and other Meta-owned apps.

Meanwhile, an NFT licensing platform that aims to connect Bored Ape Yacht Club (BAYC) owners to brands has noted that hundreds have signed up. And, don’t forget about this week’s Nifty News roundup featuring a console for Web3 gaming.

Last week, exchange platform Binance announced a partnership with TikTok star Khaby Lame to bring awareness to Web3 and debunk the space’s myths. With his quirky content style, Lame is set to clear up misconceptions in Web3 and combat misinformation.

The TikToker said that he has been curious about Web3 and the partnership is a match for his style, which is making complex things a lot easier. As part of the collaboration, Lame will also be creating NFT collections with Binance to boost engagement with his fans.

GT team Vincenzo Sospiri Racing (VSR), a brand supported by Lamborghini, partnered with an NFT platform to launch a program that uses NFTs to certify racing car parts. Through NFTs, VSR will monitor and ensure that their car parts are of the utmost quality. According to former world champion Vincenzo Sospiri, this allows their team to authenticate and audit each part of their fleet. Moreover, the NFT certification may also be expanded to the team’s official merchandise and products in the future.

Meta continues its Web3 expansion as Facebook announced a “digital collectibles” tab on creators’ timelines. A Meta spokesperson confirmed that Meta will gradually launch NFTs on Facebook, starting with creators based in the United States.

A new NFT licensing platform called Boredjobs aims to list BAYC NFTs within its platform to allow brands to browse and indicate their interests in collaboration. The platform was created by blockchain accelerator Mouse Belt Labs, led by its co-founder Patrick McLain.

According to McLain, only a day after its launch, the platform had received hundreds of applications from owners of BAYC NFTs to verify their ownership. Within the platform, brands can browse through BAYC NFTs and can choose to hire an ape. It will then be presented to the owner of the ape if both parties agree.

Nifty News: NFT and Web3 gaming console to launch in 2024, Chinese firms to check ID for NFT buying and more

Web3 gaming company Polium has announced a multichain console dedicated to Web3 gaming. According to Polium, the console will be able to support NFTs and blockchains like Ethereum (ETH), Solana (SOL), Polygon (MATIC) and more. Meanwhile, Chinese tech giants have signed an agreement that compels them to confirm the identity of users of NFT trading platforms. Dubbed a “self-discipline initiative,” companies with stakes in China’s NFT market have committed to checking the identities of NFT buyers.

Thanks for reading this digest of the week’s most notable developments in the NFT space. Come again next Wednesday for more reports and insights in this actively evolving space.