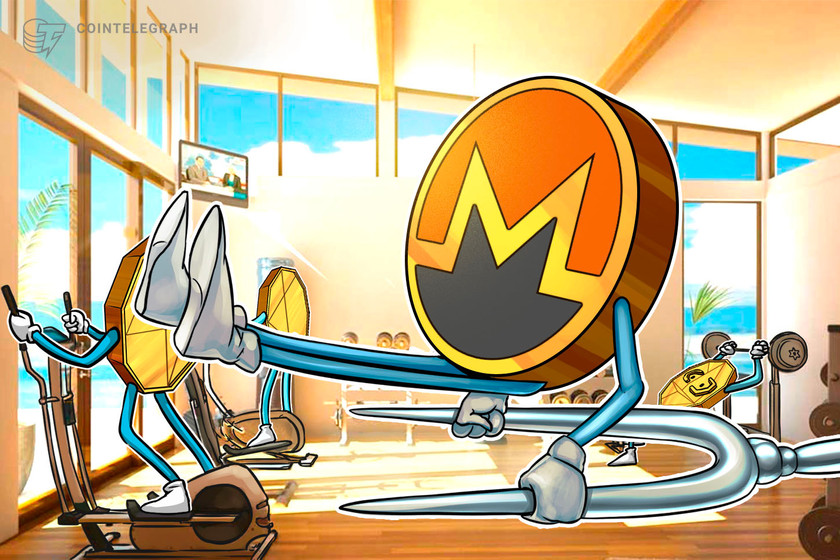 As told by Monero (XMR) developers over the weekend, on July 16, the Monero network passed a community consensus to initiate a mainnet hard fork at block height 2,668,888. The popular privacy coin’s hard fork will include increasing the chain’s ring size from 11 to 16, adding view tags to outputs to reduce wallet scanning time, introducing bulletproofs, and implementing fee changes.

Raising the number of ring signatures is meant to ensure that transactions have a larger anonymity set, making it harder to reverse engineer the sources of the transaction. One developer pointed out that view tags could reduce network scanning times by up to 40% in deriving the output public key for its anonymous transactions. Changes were approved for Monero’s maximum block size to grow at 14x per year instead of 32x (which affects its fee value). Finally, Bulletproofs, a zero-knowledge proving system, will be used for range proofs in Monero. The feature will result in faster encryption and verification on the blockchain.

Cointelegraph previously reported that privacy coins have been surging lately as it appears that family funds and individuals investors are increasingly holding XMR as a hedge amidst recent market turmoil. The topic of privacy coins has been controversial among the crypto community. Some point to their ability to ensure greater anonymity during transactions, while others raise the concern of using XMR to shield illicit transactions and its alleged embracement by extremist groups. Last year, Kraken delisted XMR for its U.K. customers, citing regulatory pressure.