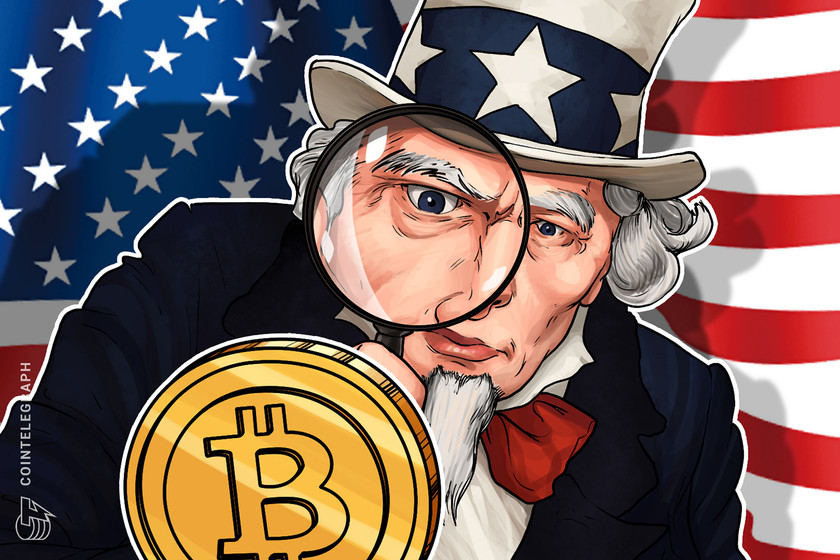 On Jan. 20, the Oversight and Investigations subcommittee of the U.S. Congress House Energy and Commerce Committee convened a hearing to investigate the environmental effects of cryptocurrency mining. Despite the narrow focus, the conversation that ensued — which many industry experts appraised as a meaningful educational experience for the lawmakers — touched upon a range of blockchain-related issues and themes beyond energy consumption. Here is how it went down, and what comes next.

Following the opening remarks, the hearing kicked off with the witnesses delivering their testimonies. Bitfury CEO Brian Brooks made a point that it was up to the market to decide on the most productive ways to use the already produced energy and maintained that proof-of-work (PoW) is the consensus mechanism that is best suited to produce true decentralization of a blockchain network.

In contrast, Cornell Tech professor Ari Juels, while speaking favorably of blockchain technology and Bitcoin (BTC) in particular, maintained that proof-of-work is unnecessarily wasteful while the downsides of the alternative proof-of-stake, or PoS, mechanisms are largely theoretical.

John Belizaire of Soluna Computing stated that Bitcoin’s energy consumption should be seen as a feature rather than a bug because crypto mining can create efficiencies by using excess renewable energy. Steve Wright, a former general manager of a public utility district in Washington state, shared his experiences of interacting with crypto miners who flocked into the area due to abundance of cheap electricity, while former acting Assistant Secretary of the U.S. Treasury Gregory Zerzan introduced multiple uses of blockchain technology and said that regulatory uncertainty could hurt its development.

Representatives then took to the floor with statements and questions. A few used their time for partisan attacks and political grandstanding, yet most made an honest effort to ask questions that either tackled the energy-related issues at the core of the hearing or sought broader context on the uses and potential applications of blockchain technology.

Getting to the bottom of crypto mining

Committee chair Frank Pallone and Oversight subcommittee chair Diana DeGette interrogated the witnesses on how wasteful crypto mining really is and how to make sure that communities do not bear the costs of energy consumption upticks caused by miners. Congresswoman Jan Schakowsky expressed her concerns about the use of fossil fuels to power mining rigs. Witnesses responded by reassuring the lawmakers of the overall green trend in which the mining industry is evolving, particularly in the United States.

Some representatives sought a better understanding of the efficiencies generated by cryptocurrency mining to determine whether they justify the associated energy use. Congresswoman McMorris Rodgers inquired about the larger blockchain industry’s capacity to generate new jobs and protect user data.

Florida Representative Neal Dunn showed off some advanced knowledge of Bitcoin economics when he asked Brian Brooks about the relationship between BTC halving and mining efficiency. Dunn also stated that the nation needs to produce more energy anyway, and powering innovative industries such as crypto mining is a good use of this growing capacity.

Congressman Morgan Griffith explored the geopolitical aspect of Bitcoin mining, concluding with a supposition that China’s mining ban resulted not so much from energy efficiency concerns but rather from the Chinese government’s dislike of the idea of decentralization. The resulting exchange with Gregory Zerzan resulted in the witness stating that “Bitcoin equals freedom, and there are a lot of places in the world that don’t like freedom.”

While the hearing did not come across as a massive breakthrough, most industry observers highlighted the educational component of the exchange, as well as its role in moving the policy conversation around crypto mining forward.

In an interview with Cointelegraph after the hearing, witness John Belizaire said that the committee members’ readiness to thoroughly explore the complex matter at hand has rendered the discussion productive:

“Chairwoman DeGett set the right tone from the very beginning, the tone of “we are here to learn.” Representatives asked good questions and wanted to get educated on these problems.”

Belizaire added that he was surprised by some questions related to the possibility of using less environmentally friendly energy sources to power Bitcoin mining in the future, saying that, “You have to put it into the context of the global movement taking on climate change.”

“It’s clear to me that legislators are seeing the value of blockchains. It was refreshing to see that they understand the numerous areas, like health care records and energy management, that will make our lives more efficient and secure.”

John Warren, CEO of U.S.-based Bitcoin mining company GEM Mining, said that the hearing was “an important step in educating U.S. lawmakers on the benefits of the rapidly growing cryptocurrency industry, and mining in particular.”

Consonant with Belizaire’s testimony and some of the representatives’ comments, Warren believes that the migration of mining activity into the U.S. is a favorable scenario in terms of reducing the industry’s environmental impact:

While nothing about this hearing was particularly groundbreaking, the effects of such interactions between Congress and the industry tend to compound. It is consequential that over time, elected officials across a varied set of specialized committees — and not only those engaged in financial oversight — get exposure to pro-blockchain industry rhetoric and arguments.

In the near-term, however, this interaction shouldn’t be expected to result in any specific legislation.

“This was mostly informational and the early stages of any policy process. However, policymakers should continue to engage with experts and objective resources to better understand emerging blockchains and their ability to secure billions of dollars in value while consuming just a small fraction of proof-of-work chains.”

Still, the arguments that were raised around decentralization, the dangers of overregulating the crypto space and various efficiencies that blockchain technology can engender will stick with at least some of those who participated in the hearing, adding to their long-term policy vision.