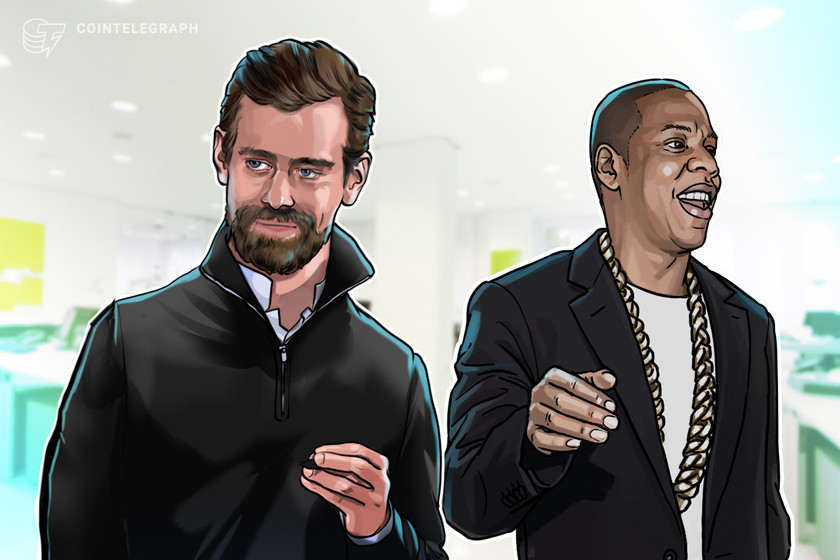 Jay-Z and Jack Dorsey have hinted that their music streaming service, Tidal, could be eying integrations supporting nonfungible tokens (NFTs) and smart contracts.

Speaking during a June 28 conference hosted on Twitter Spaces, the duo emphasized the importance of introducing features that empower the artists using the platform, citing smart contracts, NFTs, and analytics tools as examples.

Despite Tidal lagging behind top music streaming services — with Tidal’s 2019 $166 million revenue paling in comparison to the $2.8 billion and $7.44 billion generated by Apple and Spotify respectively during that same year — Dorsey and Jay-Z believe they can capture significant market share by using blockchain technologies to offer empowering tools to artists.

“What really dawned on me was how weak some of the toolsets are for artists, with analytics and data, to understand what they’re doing and help them inform their decisions, especially considering other revenue streams like merchandise and touring and NFTs,” Dorsey said.

“We want to open up all the information tools and simplify it for anyone — anyone can come onto the platform and create,” he added.

Dorsey discussed the potential of adding revenue streams such as NFTs, with the Square and Twitter CEO stating that anythin that can help artists “shine” is up for discussion:

“The spirit of what NFTs represent, the spirit of just looking critically at how artists are compensated, and of proving that, is something that we want to spend a lot of time and a lot of our focus on going forward.”

Jay-Z discussed the ability for smart contracts to enable greater financial autonomy for artists, stating: “It’s so many creative ways you can participate, and let others participate. And it’s recorded there, so it’s very transparent, there’s no hiding behind any fancy words, and lawyers etc.”

“With these blockchains and these smart contracts, you can write the contract today to say, any sale that happens, I want to receive 10% or 30%. Or you can write it out: 50% on the first one, 40% on the next.”

Square Inc acquired a $300 million majority ownership stake in Tidal back in March. As part of the agreement, Tidal acts as an independent business within Square, with existing shareholders remaining as stakeholders.

The platform was originally bought by Jay-Z and a collection of other artists including Beyonce and Kanye West for $56 million back in 2015. Jay-Z also serves on the board of directors for Square and remains a stakeholder in Tidal.

Jay-Z is currently in a legal battle with Roc-A-Fella (RAF) Records co-founder Damon Dash, who is alleged to have attempted an NFT auction depicting a tokenized version of Jay-Z’s first album “Reasonable Doubt” alongside rights to the album’s copyright.

A New York judge froze the sale after RAF filed a complaint on June 18, asserting that Dash breached his fiduciary duty by attempting the NFT auction, as the album is owned solely by the company.

However, Dash has denied the claims, stating that he was only trying to sell his stake in the company.