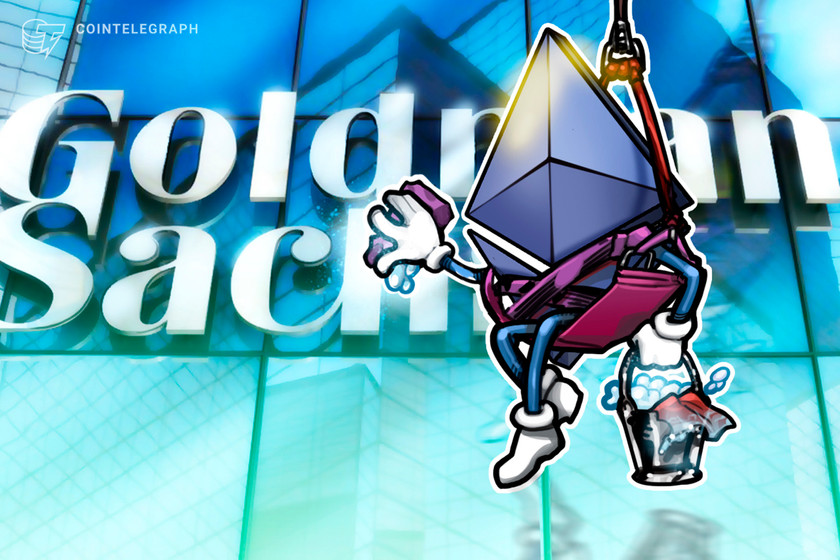 United States investment bank Goldman Sachs is planning to offer Ether (ETH) derivatives products in the coming months, setting the stage for wider adoption of the second-largest cryptocurrency and marking a significant departure from the institution’s critical stance on digital assets in the past.

Mathew McDermott, Goldman’s managing director of digital assets, confirmed Monday that the investment bank is expanding into Ether options and futures. In an interview with Bloomberg News, McDermott said institutional demand for cryptocurrencies will continue to grow despite the recent bout of market volatility:

“Institutional adoption will continue. […] Despite the material price correction, we continue to see a significant amount of interest in this space.”

McDermott referenced a survey of 850 institutions last week in which nearly 10% of respondents said they are trading crypto, and 20% are interested in entering the market.

Institutional inflows into Ether products have amounted to nearly $1 billion this year alone, with total assets worth roughly $11.1 billion, according to CoinShares.

Goldman launched a limited Bitcoin (BTC) derivatives trading desk in early May. The new outfit is embedded within the bank’s Global Currencies and Emerging Markets division and is overseen by McDermott’s digital-asset unit.

Goldman’s embrace of digital assets goes far beyond its trading desks. As Cointelegraph reported, the bank recently led a $15 million investment round for Coin Metrics, a leading cryptocurrency intelligence platform. McDermott said Goldman is “looking at a number of different companies that fit our strategic direction.”