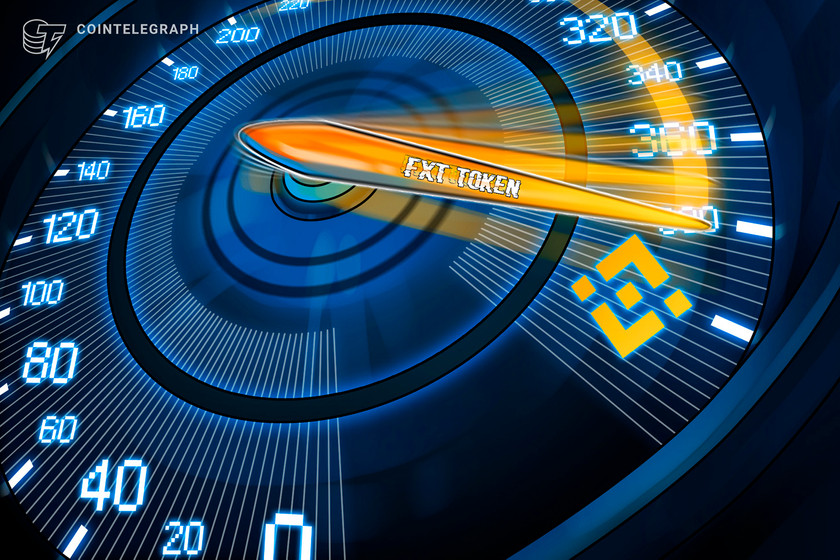 Crypto trading platform FXT announced the launch of a BEP-20 token after its ERC-20 token witnessed an impressive 1500% growth since its launch back in January 2021.

The new token, which is built on the Binance Smart Chain (BSC), is designed to reduce transaction costs and settlement times compared to its Ethereum-based predecessor. In addition to increasing the altcoin’s overall performance in efficiency and utility, FXT intends to list its token across several crypto exchanges to make it globally available.

Given FXT’s lower price threshold and a history of massive return on investment, FXT foresees a massive influx of global investors and opined that the BEP-20 token would “replicate the success of its variant – ERC-20 Token.”

While further details are yet to be shared publicly, FXT would ideally use the ICO funding towards scaling their offerings and prepare for replicating similar token launches in the future.

Related: ERC-20 Tokens Make up About 50% of Entire ETH Blockchain

Since the inception of the Ethereum (ETH) blockchain, ERC-20 tokens have earned the top positions in market capitalization performance. Recently, Messari CEO Ryan Selkis highlighted that ERC-20 tokens now amount to nearly 49% ($25.6 billion) of the total assets within the Ethereum blockchain.

On the other end of the spectrum, BSC projects continue to deal with its fair share of exploits. As recently reported by Cointelegraph, BurgerSwap was subject to $7.2 million exploit, involving the loss of BURGER tokens, Wrapped BNB (WBNB), and Tether (USDT).