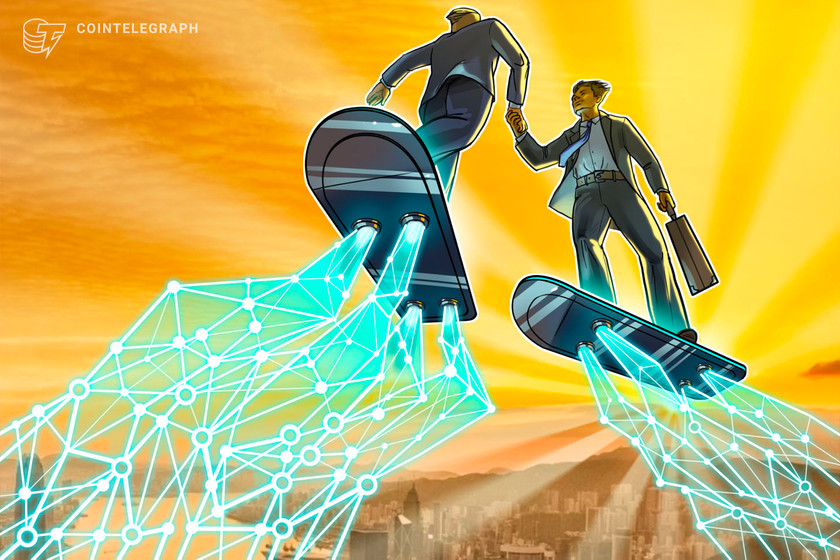 Team Liquid, the esports and gaming organization operating across major titles including League of Legends and Fortnite, has inked a four-year agreement with Coinbase.

In a Nov. 10 announcement, Team Liquid said the partnership with the U.S.-based crypto exchange would be aimed at highlighting “the crossover between gaming and crypto-curious audiences” as well as creating new seemingly crypto-focused content. Coinbase will be enabling crypto payments for Team Liquid’s online marketplace, and both will be collaborating on technology aimed at encouraging fan engagement.

“Like a lot of our fans, crypto was new to me once, but once I started reading and watching, I realized that it wasn’t some passing fad — it’s here now, and will be in the future,” said Team Liquid owner and co-CEO Steve Arhancet. “Together with Coinbase, we hope we can demystify crypto for Team Liquid fans.”

Founded in 2000, Team Liquid reported it has more than 100 gamers competing in esports gaming titles including Fortnite, League of Legends, and Valorant. Coinbase will have its information appear on the organization’s jerseys, and may be assisting in the development of nonfungible tokens used across gaming platforms.

Related: 5 reasons why blockchain-based gaming economies are the future

There is already some competition between major crypto exchanges backing professional esports teams. In June, FTX announced it had signed a seven-year sponsorship deal with League Championship Series, or LCS, for League of Legends and other gaming competitions.

However, a previously signed deal between FTX and Team SoloMid in June had Riot Games — the developer behind League of Leagues — bar the team from appearing with the crypto exchange’s logo in competitions hosted by Riot. It is unclear if Coinbase intends to have its name appear on Team Liquid’s jerseys.