Bullish all the way? MicroStrategy doubles down on its Bitcoin bet 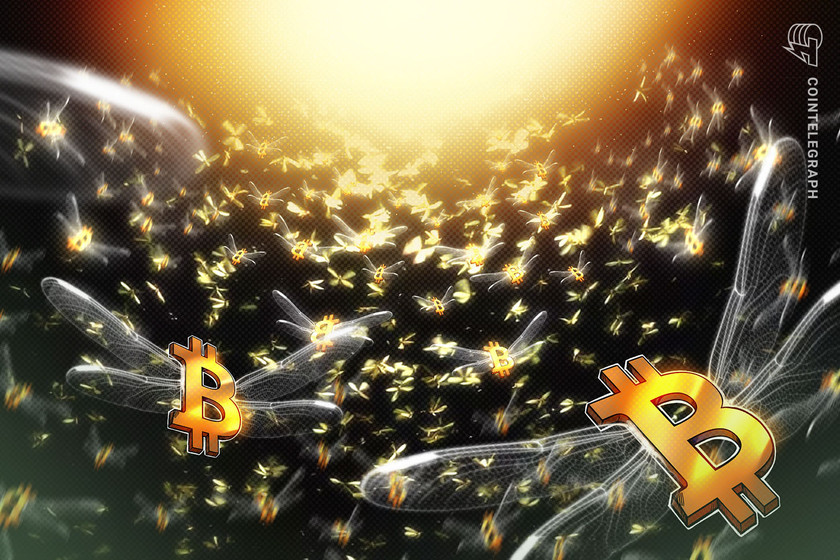 There’s never a dull day when it comes to crypto as was exemplified recently when the digital asset market dipped by around 50%, eventually taking the total capitalization from its all-time high of $2.5 trillion to around $1.7 trillion.

As was expected, in the wake of all this turbulence, Michael Saylor-led business intelligence firm MicroStrategy announced that it was all set to “buy the dip” — successfully concluding its $500-million offering of secured notes.

To further elaborate on the matter, per a statement released by the company, it was revealed that MicroStrategy had been able to facilitate a sale of $500 million worth of “senior secured notes” via a private offering to a set number of buyers based out of the United States. Of the above-stated total, after expense deductions, initial purchaser discounts and commissions are taken into consideration, the net total will work out to $488 million, the entirety of which will be used for additional Bitcoin (BTC) acquisition by the firm.

To quickly recap MicroStrategy’s recent crypto purchasing efforts, it should be highlighted that since August of last year — a time when the firm bought $250 million worth of BTC — the company has been on a Bitcoin-buying frenzy, as is highlighted by the fact that the firm holds a total of 92,079 BTC, which works out to nearly $3.8 billion.

Lastly, it bears mentioning that if BTC’s value continues to hover around the $40,000 zone, MicroStrategy will most likely be able to add around 11,900 Bitcoin to its balance sheets, bringing the company’s total crypto haul to over $4.2 billion.

MicroStrategy’s move smart or not?

On June 7, MicroStrategy announced the launch of the aforementioned private offering, initially stating that it was looking to raise around “$400 million aggregate principal amount”; however, as highlighted previously, this number now stands close to $500 million. What’s more, following the announcement, Michael Saylor claimed that his company had already received $1.6 billion worth of orders for their latest offering — i.e., four times the initial amount.

“Michael Saylor is clearly focused on a long-term investment strategy rather than short-term gains or losses. Putting company debt on the line is risky, but it could obviously lead to a massive return as well.”

In this regard, it bears mentioning that the development has clearly had a positive impact on the Bitcoin market. In confluence with other positive news, the price of BTC has jumped from just over $35,000 to over $40,000 since the announcement. “The market does appear bearish overall despite this news, but one or two more stories of major institutional adoption of Bitcoin or other cryptos could very well bring the bull market back,” Stadelmann concluded.

Similarly, Konstantin Anissimov, executive director for cryptocurrency exchange CEX.IO, told Cointelegraph that the consistency with which MicroStrategy has continued to amass Bitcoin has been contagious, to say the least. In his view, the $500-million bond strategy is a means of emphasizing the company’s highly futuristic outlook:

“MicroStrategy appears to be seeing a very promising future for Bitcoin that no one else is seeing. While these moves may not in themselves move the price of Bitcoin, MicroStrategy will be one of the biggest beneficiaries when prices get to trade above previous all-time highs.”

“The market currently undervalues BTC, based, among other things, on the high deflection from the stock-to-flow model, the NVT signals, and the fact that Elon Musk confirmed that Tesla has not sold any of its remaining BTC and may accept BTC as payment if enough miners will transition to clean energy.”

Peled further opined that MicroStrategy has added to this excellent timing by setting up its bond offering, ensuring that only the BTC purchased with the proceeds from the offering are senior secured and that the annual interest rate is significantly below the company’s annual profit levels, giving it the ability to cover its payments at least for the foreseeable future.

The above-highlighted structure effectively limits the ability of the company’s core business and assets to be negatively affected, particularly if its bet on buying additional BTC doesn’t pay off. “It sets up MicroStrategy to enjoy the benefits when the BTC market corrects to reflect the fundamentals,” Peled believes.

The road ahead for MicroStrategy and Bitcoin

When MicroStrategy kicked off its plan to start buying crypto via its first corporate bond issuance scheme, Bitcoin’s value was hovering at around the $17,000 threshold only to explode by nearly four times over the course of the next few months. Thus, it stands to reason that the firm probably sees big things for BTC in the near to mid-term, especially after this period of ongoing turbulence subsides.

Also, as pointed out earlier, owing to the fact that MicroStrategy’s latest offering was reportedly oversubscribed upon its launch, there still seems to be a large appetite for Bitcoin across the global investor landscape. Not only that, even the United States Security and Exchange Commission’s decision regarding VanEck’s Bitcoin ETF application is currently pending, which, if approved, may serve as another catalyst for continued BTC adoption.

Steven Gregory, CEO of cryptocurrency exchange Currency.com’s U.S. subsidiary, told Cointelegraph, “The one almost ironic event to come out of this bond issuance is the Fed unknowingly having exposure to this round through their junk-buying program.”

Related: GME and AMC stock surge may impact crypto meme coins, BTC not so much?

Jack Tao, CEO of cryptocurrency exchange Phemex, believes that this move is consistent with the overall trend of institutional money flowing into crypto. However, what’s striking to him is the fact that all of these developments are taking place despite the persisting bearish conditions, as he told Cointelegraph: “Many in the world of traditional finance are starting to realize crypto’s potential to ignite an unprecedented paradigm shift. They’re beginning to invest into the technology rather than just chasing speculative profits.”

MicroStrategy’s decision to borrow from the corporate junk bond market to finance its BTC acquisition seems to clearly reflect heavily on the U.S. Federal Reserve’s current inflationary “quantitative easing” policy that was designed to help soften the blow inflicted by the COVID-19 pandemic on the American economy.

In fact, the numbers say it all, as is best highlighted by the fact that corporate borrowing has never been easier. For example, MicroStrategy’s latest offering promises a 6.25%–6.5% yield compared to the average junk bond yield of 4.01%.

Therefore, it will be interesting to see whether others follow in Saylor’s footsteps and continue to accumulate Bitcoin, especially after it was recently announced that El Salvador was going to start accepting the flagship crypto as legal tender.