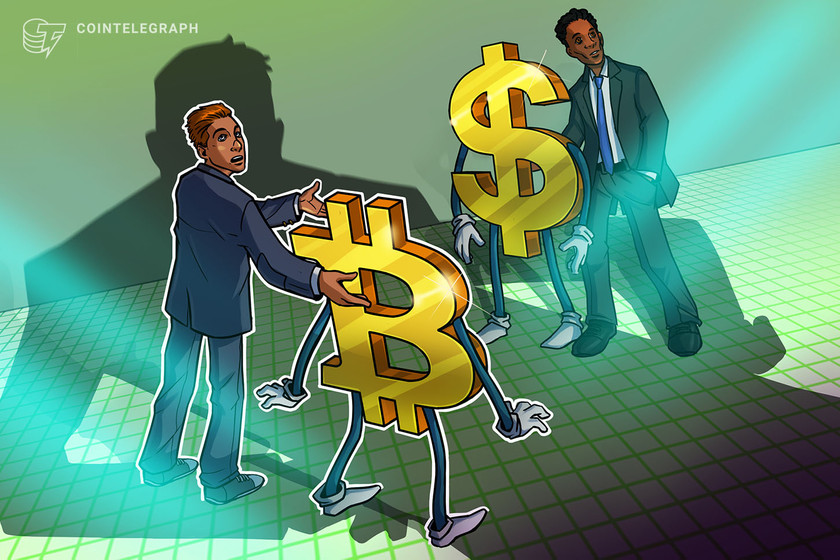 Security breaches and hacks often highlight the risks of storing Bitcoin (BTC) on centralized exchanges. One analyst even claims that keeping your BTC on exchanges is also a factor for price dips.

Rufas Kamau, research and markets analyst at Scope Markets Kenya, explained his thoughts on how keeping BTC on an exchange lowers coin price. Kamau believes that buying BTC on exchanges only amounts to buying an “I Owe You” (IOU) which he describes as “paper Bitcoin.”

If you buy Bitcoin at the exchange, you are buying paper Bitcoin, an IOU from your exchange that’s settled the moment you decide to transfer your Bitcoin outside the exchange.

That explains the high withdrawal fees.

The analyst also proceeds to point out that exchanges create many ways to discourage withdrawing BTC such as high withdrawal fees. On the other hand, exchanges encourage keeping BTC within the exchanges by providing staking services.

According to Kamau, this is done because the exchanges are able to sell Bitcoin that is kept within the exchanges to other buyers, while the owner of the Bitcoin IOU stays happy earning an annual percentage yield on their BTC.

Because of this process, Kamau claims that investors who buy BTC and keep it within exchanges suffer a deficit as the process enables exchanges to “print” Bitcoin and as the supply goes up, the price goes down. He also urged users to keep their holdings off the exchanges is the “logical thing to do if you want to change the world with Bitcoin.”

While many liked and retweeted Kamau’s thread on Twitter, not everyone agreed with his remarks. Twitter user Koning_Marc responded to Kamau saying that his thread is “wild speculation at best.” Additionally, Twitter user Felipe Encinas also replied that if this was the case, exchanges are able to short BTC without having it. Encinas said that this “can’t happen.”

Crypto exchanges did not deny that this may be happening with some exchanges. However, LBank Chairman Eric He told Cointelegraph that those exchanges that do this practice will be taught a lesson. He explained that:

“The market will teach exchanges that sell users’ Bitcoin a lesson because they will not be able to buy back the Bitcoin they sold. Exchanges like this will surely fail.”

He further explained that digital asset exchanges that are thriving and expanding at the moment are “firm crypto believers.” They are those that believe that BTC can hit the $100,000 mark and therefore have been buying BTC instead of doing shady things like selling other people’s Bitcoin.

Binance weighed in on the issue. In a statement, a Binance spokesperson told Cointelegraph that exchanges are not authorized to move their users’ funds without consent. Within their company, they said that they do not take positions and that “users’ crypto assets are safely stored and custodied in offline, cold storage facilities that are maintained within the exchange.”